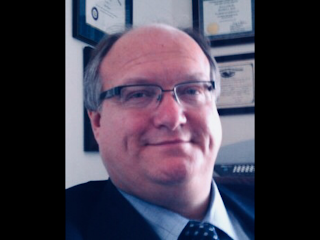 As of January 1, 2019, SB-1046 becomes law in California.  The new law has important implications for first time DUI offenders since it allows the person to keep their driving privileges as long as they install an ignition interlock device in their vehicle.  Prior to the passage of this law offenders faced the possibility of losing their driving privileges for a minimum of 30 days before they could request an early reinstatement.  SB-1046 allows the person to avoid this hardship by installing an approved IID (either prior to or after a conviction).


An Ignition Interlock Device is a piece of hardware connected to your vehicle’s ignition system that prevents the car from starting if the driver has alcohol in their system.  The in car breathalyser will lock out the ignition if the driver blows a .03 or higher, much less than the state limit of .08.  For more information about IID devices and where to find them, visit my page discussing IID in California.

So, here is the important question:  When is the soonest I can get my license back in California if I am arrested for a DUI? Starting in 2019 a first time offender for driving under the influence can get reinstated almost immediately if they get an IID installed in their car, file proof of insurance by way of an SR22 and pays the required fees.  However, before you do this it may be prudent to consult a lawyer who can stop the suspension and review the case for possible defenses that could result in the charges being dropped or reduced, thereby eliminating the need for an ignition interlock altogether.

To recap: First time offenders over the age of 21 who were arrested for VC23152 and submitted to a chemical test will now have two options for reinstatement of their license under California SB-1046:

1.  Install an IID ( Ignition Interlock Device) in their vehicle prior to a conviction in Court and avoid the 30 day hard suspension previously required under the APS laws.

2.  Serve a mandatory 30 day APS suspension and accept a 12 month suspension with a restriction that allows the person to drive only to and from work and the mandated DUI classes.

This new SB1046 legislation is a major change to the previous laws in California that required an offender to be without a license for a month unless he or she could win the DMV APS Hearing.  Under the new law offenders who immediately install an IID will regain their driving privileges without having to serve the dreaded “hard suspension” as previously required, meaning there is no interruption in their driving privileges.  The law allows for this early license reinstatement to be modified in specific cases by the Court and DMV.  Final implementation of the new law is being worked out and may be changed subject to Judicial approval.


What is bad for the rest of the state is good for Los Angeles County.  Prior to the new law only LA County and a handful of other jurisdictions required the IID mandatorily.  Under the new law all counties will be required to participate.  First offenders must keep the ignition interlock in their car for 6 months.

The new IID Law in California also requires installers to provide low cost alternatives for those who qualify and can show they lack the income to pay the regular costs of monitoring, typically $50-$100 a month.

It is important to reiterate that this new mechanism for early reissue of your license applies only to drivers over 21 who submitted to a chemical test.  If you refused a test you may not be eligible for this early reinstatement.  Every DUI case has unique defenses and potential issues so it is important to speak with a lawyer about your specific case in order to understand the options available to you.

My question is why is California implementing a statewide requirement of IID installations when the studies of the initial pilot program concluded IID requirements did not impact recidivism for DUI offenders.