Arrested For DUI? Things You Should Know 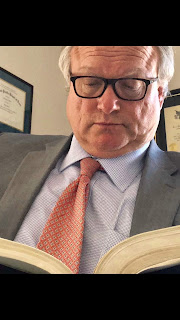 There is a lot of stress and worry that follows a DUI arrest, knowing what to do and what not to do is important.  First of all, if the person arrested is in jail you should know that most people booked for driving under the influence are released without having to post bail.  The process is call an O.R. release or released on your own recognizance.  The individual signs a paper agreeing to appear in Court on a future date and they are free to go, usually 10-12 hours after arrest.  So hold off on contacting a bail bondsman in the first 24 hours.

Upon release the accused will receive a pink paper called a temporary license and notice of suspension.  This explains the hearing rights pertaining to the DMV suspension that will be triggered by the DUI arrest.  The person has 10 days to demand a hearing.

If an accident was associated with the arrest it is often advisable to consult with a lawyer prior to giving a recorded statement to the insurance company.

Here are the most common mistakes people make:
1. Forget to demand a DMV hearing. This is THE MOST important thing to do because if you fail to act your rights will be lost forever. When you were released you received a pink piece of paper that has two purposes 1.  It is a temp license, 2.  It tells you that your driving privileges WILL BE SUSPENDED for up to 3 years because of the incident.  Matthew can STOP the suspension in its tracks.  He can acquire copies of the reports, chemical test and other evidence BEFORE any action is taken.
2. Not Hiring a Lawyer or Hire the cheapest lawyer in town. Attorneys are professionals and charge based on their experience and skill level. If you hire a cheap attorney you will get what you pay for.  Many folks don’t realize there are dozens of defenses in DUI cases ranging from illegal stop to attacking the breath or blood results.  For example, in one recent case Matt got the DUI charges dropped for a client in Los Angeles even though he had a blood test nearly three times the legal limit and crashed his car.  The bottom line is that Matt has the experience to detect mistakes in the case and use those to get charges dropped or reduced.  For a more detailed list of results Matt has obtained for clients in DUI cases, click here.
3. Miss your Court date. Many people believe that they will get a courtesy reminder in the mail from the Court telling them about their upcoming appearance. This in incorrect. Unlike a traffic ticket where a courtesy notice is sent, DUI cases are criminal which means you will have to look at the release paperwork you were given and be sure to attend that important arraignment unless you are told otherwise by your attorney.  Matthew can go to Court for you.  Many folks do not or cannot attend Court, Matthew can appear on your behalf and oftentimes resolve the case.
Attorney Matthew Ruff has over 25 years experience fighting DUI cases.  He has handled thousands of DMV hearings and won many cases for his clients.  If you want to schedule a consultation all Matt directly, toll free at 1-877-213-4453 or visit his website
Best DUI Defense Attorney for more information.
Posted by DUI Attorney at 12:23 PM No comments:


The Villification of Drinking Drivers